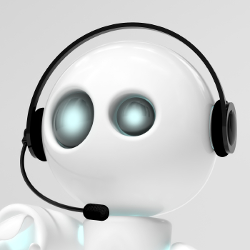 Robocalls, those computerized, prerecorded messages used by telemarketers to sell you goods or services, are not only a nuisance; in many cases they’re illegal.

Across the country, complaints about automated telemarketing are skyrocketing.

Robocallers often ignore “Do Not Call” lists by trying to justify their services as useful to the public. Only healthcare organizations, charities, political groups, emergency notices, and wireless phone service providers are allowed to bypass “No Call” lists.

As of October 16, 2013, the Federal Communications Commission and the Telephone Consumer Protection Act require businesses to obtain prior express written consent before they can place telemarketing calls to mobile phones or residential lines. This also now applies to text messages.

If you are experiencing annoying automated telephone calls or unsolicited text messages, Anderson + Wanca would like to hear from you.

If you regularly receive robocalls, you can record them as evidence for later use in a lawsuit.

Voicemails left for you by a robocall are already recorded, and making a second recording of them is merely copying them.

Recording live calls, on the other hand, may require the consent of both you and the person calling you if either you or the caller live in a state that requires all-party consent. This chart summarizes the laws by state.

First of all, you should take notes on the date, time, and phone number of the robocall.

Depending on the type of phone you receive the robocall on, you have several options. Using a handheld voice recorder is a simple and effective option and will work regardless of whether you receive the robocall on your home phone, an older cell phone, or a smartphone. Most voice recorders are relatively inexpensive (less than $50) and any recordings are saved as digital files, which enable easy recordkeeping. With a handheld recorder, merely put the phone on speakerphone, set the recorder to record, and hold it near the phone. Press the ‘stop’ button on the recording device to stop the recording when the call is finished. The same technique can be used for recording voicemails left by robocall. Merely play back the voicemail and record it with the same procedure.

Photo of the screen

Most current landline phones and all cell phones contain a form of caller ID that records the date, time, and phone number that called you. For additional evidence, take a picture of this screen with your digital camera.

Recording Robocalls on your smartphone – for advanced users

If you receive robocalls on your smartphone, there are several ways to capture the call. Below we will cover three areas: 1) recording a call; 2) saving a voicemail; and 3) saving call log information.

This section mostly applies to smartphones with the Android operating system. Apple does not allow call recording apps in the iPhone App Store. It is possible to save voicemails, but it requires advanced knowledge of the command line and downloading specialized software to your computer. Both cases are beyond the scope of this guide.

iPhone users can, however, take screen captures of call log information through their phone. To take a screenshot on your iPhone, press the ‘Home’ and ‘Sleep/Lock’ buttons at the same time. You will hear a shutter sound and the screenshot will be saved to your phone’s ‘Photos’ folder.

For Android phones, apps such as the popular Automatic Call Recorder and Call Recorder are available in the Google Play store and allow the recording of calls in progress.

Recording voicemails is more difficult since voicemails are saved with the phone carrier.

An additional option is to use a 3.5 mm audio cable to connect your phone to your computer’s microphone jack. Using the open-source software Audacity and selecting Edit → Preferences → Recording → Software Playthrough. Play your voicemail on your phone and the software will directly record your phone’s sound output. By downloading the LAME mp3 encoder and installing it in Audacity, you can export your voicemails as mp3. This is a solution for advanced users only. When in doubt, using a handheld recorder is always a decent option.

Press Down Volume and Power at the same time. The screenshot will be saved to your Photos folder.

When in doubt, one can always record robocalls and robocall voicemails by holding a voice recorder next to the phone’s speaker and can record call log information by taking a picture of the phone’s screen with a camera.

If you receive robocalls regularly, enter your name and phone number and we will contact you for a free consultation!